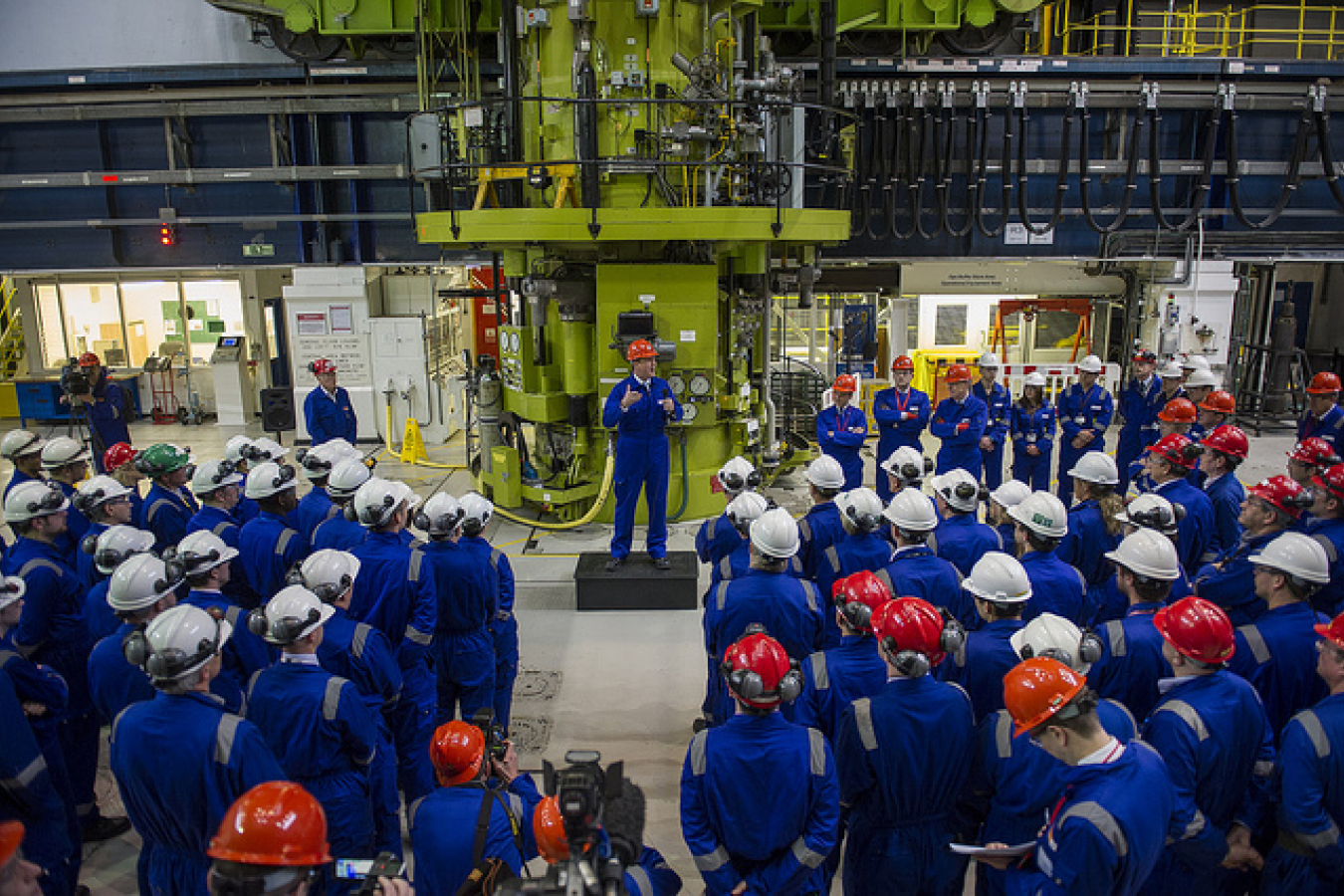 Hundreds of members of the National Front (NF) and other fascist and neo-Nazi organisations are currently in the Kent town of Dover this Saturday January 30, to demand that Britain's borders be closed to refugees and other migrants. In particular they oppose non-White immigration. According to reports from sources inside the Anti-Fascist Network (AFN) over 500 fascists plan to attend, making this one of the UK's largest fascist protests since the NF's heyday in the 80s.

Left wing AFN activists are also holding a counter-protest in Dover on the same day, and are currently involved in clashes with the violent far-right demonstrators. At a similar protest in Dover last September fascists reportedly attacked counter-protestors; throwing bottles, bricks, and other missiles into crowds.

The Home Office and various people in Government including the Prime Minister David Cameron and Home Secretary Theresa May are helping to create a hostile environment towards immigrants by trying to blame immigrants for causing various problems in the UK. The Home Office frequently behaves in an unfair and unjust way towards immigrants. In addition actions by the troubled OISC (Office of the Immigration Services Commissioner) "sponsored by the Home Office" have, unjustly, resulted in immigrants having to leave the UK. This helps to create a climate where racist neo-nazi groups become more popular.

The problem of fascism

The recent increase in far-right activity is partly a product of the European 'migrant crisis', which many politicians and right wing journalists have seized on to push an anti-immigration agenda. In the context of this narrative the actions of far right groups such as Britain First and Pegida are often cast as presenting the legitimate concerns of the "European people", if in an illegitimate way.

There is little doubt that the groups in question are fascist. The National Front, of course, have never been picky about what minority group they attack – eagerly latching on to anti-Muslim sentiment in the years since anti-semitism's popular appeal waned. But the problem is more than bare faced racism; the political ideas and tactics of the modern British far-right extend beyond simple Islamophobia and are clearly fascist/neo-nazi in nature.

Chief among these ideas are the near universal national rebirth myths spread by the far-right, which are a defining aspect of 'generic fascist ideology' according to Roger Griffin, professor of modern history at Oxford Brookes University. 'Taking our country back', the rallying cry of fascist political party Britain First, plays into these myths; crafting an image of noble Britons defending the UK from Muslim invaders and corrupt, incompetent politicians.

Jackboots in the street

Not only do these extreme right organisations have overblown concerns over the speed and scale of immigration, they also have a fundamentally racist world view which holds migrants to be the ultimate enemies of so called 'British values', such as freedom and democracy. This dehumanisation of migrants justifies the classic fascist dual strategy employed by the far right. Organisations like Britain First, Pegida, present a quasi-respectable face of fascism – pushing anti-migrant politics through the usual parliamentary channels – while vicious street 'activists' patrol migrant communities intimidating people, setting fire to mosques, etc.

This dual pronged attack mirrors the tactics of fascist groups throughout history. Oswald Mosley's Blackshirts, Mussolini's Squadristi, and Hitler's Sturmabteilung all functioned as street armies for their respective political parties, and – in the latter cases – were instrumental in their rise to power.

Immigration and The Cologne attacks

The spate of sexual assaults in the German city of Cologne on New Year's Eve – described by the city's police chief as being the actions of a 1000 strong group of 'Arab and North African' men – set the stage for old racist stereotypes to re-emerge.

Of course it must not be denied that these attacks happened, or that the approximately 100 women affected deserve sympathy and justice. But the hyper focus on the attackers' ethnicities and speculation about their migrant status is dangerous: both for migrants and refuges, and for women.

Politicians and the media were quick to paint these attacks as exceptional. The usually left of centre Huffington Post ran several articles which focused on the supposedly uniquely sexist cultures of migrant men, even going as far as to say the far right are "the only group with their eyes open" in a think piece from one of their news reporters. German Justice minister Heiko Maas added to the furore, commenting on the attacks via Twitter to say they were "a completely new dimension" of crime.

Sexual assault not a migrant problem

Despite this sensationalism, there was nothing new about these attacks. Every year at the annual German beer festival Oktoberfest there are an estimated 120 to 240 sexual assaults, according to figures cited by ABC News and Vice. Additionally, a comprehensive Europe-wide study of 42,000 women across 28 EU member states – conducted by the European Agency for Fundamental Rights in 2014 – reveals the shocking extent of sexual violence across the continent. According to the study 1 in 10 European women, a total of 26.1 million people, have experienced some form of sexual assault since the age of 15.

These figures paint a very different picture of sexual violence in Europe. The overwhelming majority of attacks are committed by the women's partners, or people otherwise known to them; such as teachers or work colleagues. These attacks are rarely spoken about by journalists and politicians, and never by the far-right, suggesting that the reaction to the Cologne attacks has more to do with pre-existing attitudes about migrant – particularly Muslim – men than any concern over women's safety. Hiding these facts behind racism fuels attacks on migrants, and hampers efforts to address the real dangers facing European women.

The recent spike in far-right activity across Europe is not a random occurrence. The biased media reporting mentioned above, as well as the general attitudes of European politicians – such as UK prime minister David Cameron, who recently dismissed the refugees suffering in Calais's Jungle 2 camp as 'a bunch of migrants' – reveal a deeply troubling norm in European politics.

This website has repeatedly highlighted the benefits which migration provides to Europe, in both economic and cultural terms, and it's a point which bears repeating. In the UK alone migrants contributed £25 billion to the economy between 2000 and 2013, while claiming significantly less in benefits and social housing than native Britons. While in Germany a November 2015 report from the Bundeskriminalamt (Federal Criminal Police Office) shows that migrants actually commit less crime than native Germans, and that less than 1% of the crimes they do commit are sexual in nature; shattering the myth of a refugee-led rape epidemic.

These statistics aside, migration has also fuelled a rich array of social and cultural benefits to the EU; from the Muslim community groups banding together to help victims of the recent floods in the UK, to the migrant-led enrichment of arts and literature throughout Europe. These facts show that, far from causing economic and social disruption as some claim, migrants are helping to create a prosperous and culturally rich European Union. It's high time for that fact to be recognised and celebrated. 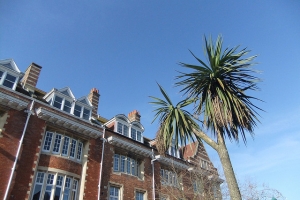 Comments (0)
An officer of the UK's National Union of Students (NUS) has criticised the UK's Coalition government saying that its immigration policy makes international students 'feel unwelcome with ever more... 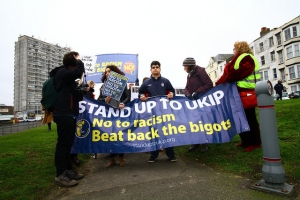 Cameron attacks UKIP claim immigration is to blame for Brussels