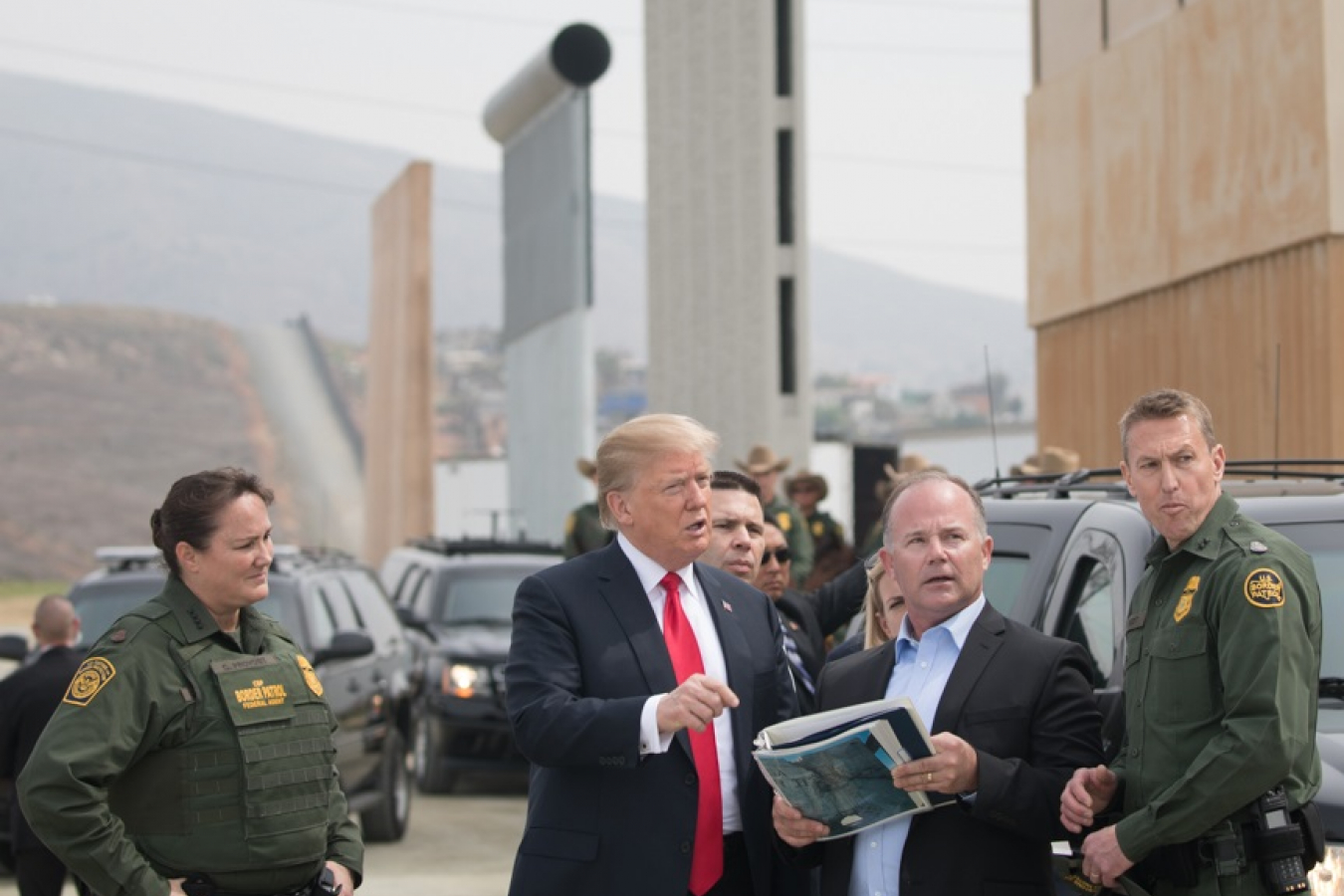 There has been great opposition to the wall and there has been problems with funding.  It is not surprising that so little progress has been made.  Even if Trump had been successful and large portions of “the new wall” had been built would it actually have made much difference?  People can claim asylum anyway.  Terrorists (generally home grown anyway) do not come into the US via the Southern border.  So the wall seems to be a waste of money.  Perhaps success on constructing a large part of the wall could lead to more votes.  Trump may be facing greater difficulties in getting re-elected anyway due to the ongoing economic problems caused by coronavirus COVID-19.

There are also some humourous comments in Daily Kos about the wall.  They mention a tweet from George Conway of the Washington Post:

"THREE brand new miles of new wall in just THREE years!!  No president has ever accomplished anything close!!  Thank you, Mr. President!!  Best president ever!!"

On Trump's comment that Mexico will pay for the Wall Daily Kos has the following to say:

"Come on, Mexico: You can pay for three miles, no?  Great campaign slogan: Three Miles in Three Years!.."

A US Customs and Border Protection report has revealed that just three miles of entirely new wall has been built by Trump along the US border with Mexico. The report, seen by The Washington Post, says that although 194 miles of wall has been built, a large majority of so-called ‘new’ construction is old wall that has been replaced.

Trump’s promise to build the controversial wall was a key policy of his successful campaign to become US president. In the past, Trump has slammed the media for not recognising that replacing old wall with new fulfils his campaign promise.

The 2,000-mile long US-border with Mexico, where Trump told his supporters he’d build a wall and ‘make Mexico pay for it’, has seen just 194 miles of construction since 2017. It’s understood that the next phase of the project will include 731 miles of new wall at a cost of $15 billion.

Despite Trump’s insistence that progress is being made, the US president has been hit with a number of legal challenges and opposition from landowners where a right of entry is needed to construct his wall. A 69-mile stretch of wall planned in the Laredo area has seen just half of 250 landowners allow government entry to survey the existing wall.

It’s a similar story for the Trump administration in other areas of the US located in close proximity to the border with Mexico. The state of Texas has proved to be a major stumbling block for the president due to the complicated process of acquiring private land.

Should a landowner refuse to give up their land voluntarily, the government has to sue them in federal court, twice. First, they must sue for the right to survey and second to take the land.

Despite the coronavirus pandemic, Trump has taken opportunities to give progress updates on the wall.

During a recent tour of a Ford Motor Co. manufacturing plant in Michigan, the president boasted about the progress of the border wall’s construction. He told workers: “We’re up to almost 200 miles of wall. The area where the wall goes up, that’s the end of that.”

In the past, Trump has admitted that some of his wall is replacing old sections with ‘better construction.’

Posting on Twitter in July 2019, the US president tweeted: “When we rip down and totally replace a badly broken and dilapidated Barrier on the Southern Border, something which cannot do the job, the Fake News Media gives us zero credit for building a new Wall. We have replaced many miles of old Barrier with powerful new Walls!”

Recently, a $1.3 billion contract to construct approximately 42 miles of Trump’s wall in Arizona was awarded to a North Dakota firm. However, the contract raised several eyebrows because of the lengths the firm’s CEO went to in order to land the job, which included an appearance on Fox News to publicly praise Trump and his allies.

A Customs and Border Protection official said that building the wall in Arizona is faced with a number of challenges including the remoteness of the area, rugged terrain and potential logistical problems.

One section of the wall will need to be constructed in the Santa Cruz River basin, which is notorious for monsoon-like storms that can cause severe flash flooding.

Trump recently stated that the border wall is keeping coronavirus cases out of the US.

Comments (0)
Sanwar Ali comment: UPDATE: Latest news is that this is not a total “ immigration ban” . Trump is using the coronavirus COVID-19 pandemic as an excuse to further restrict immigration. It only affects...

US visa issuance to Africans rising – despite Trump

Comments (0)
Sanwar Ali comment: On January 11, 2018, during an Oval Office meeting with US senators about protecting immigrants from Haiti, El Salvador, and African countries in a new immigration package,...