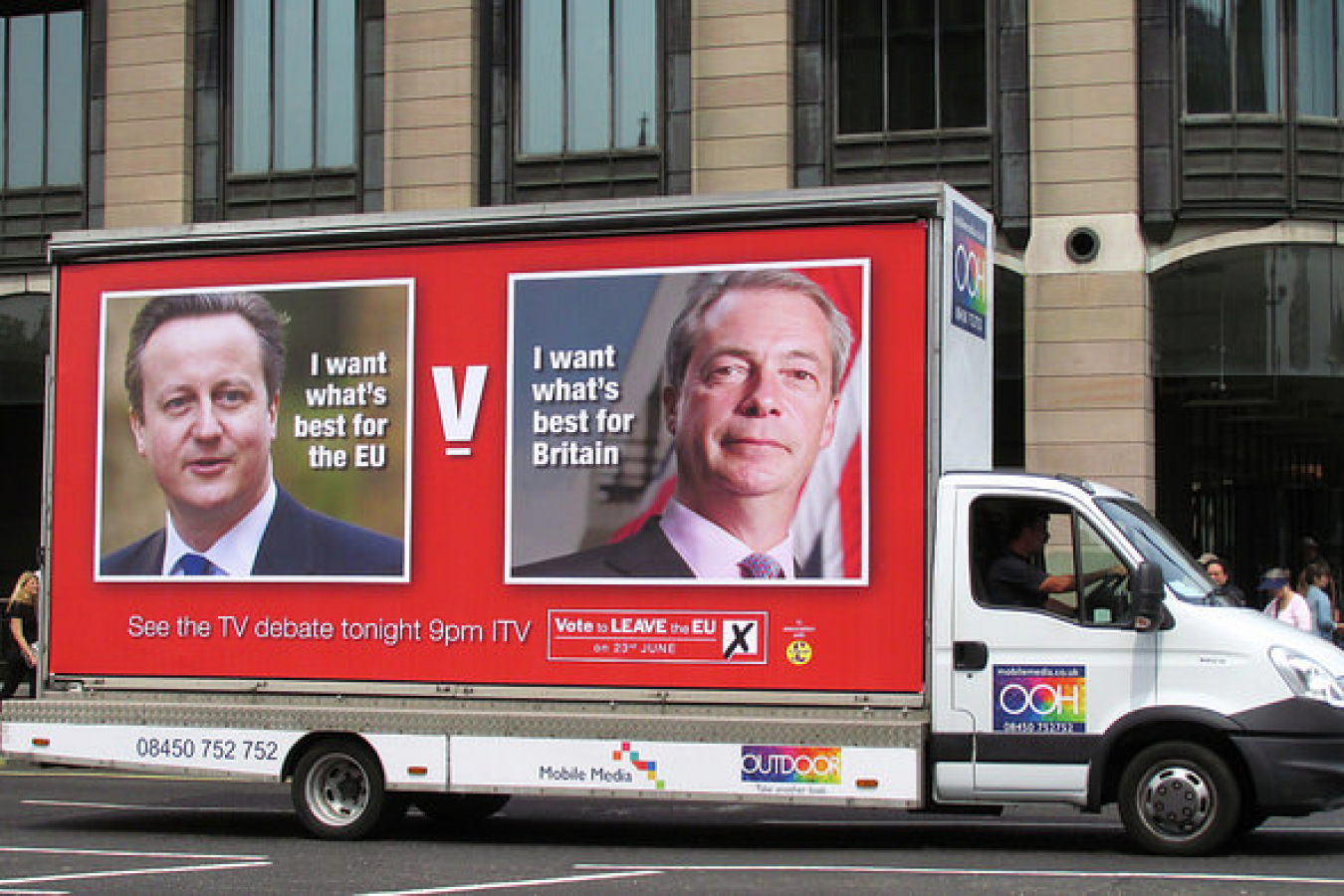 According to an analysis of net migration carried out by The Independent, only 24 percent of migration to the UK since 1990 can be attributed to Britain's membership of the European Union.

Ahead of the EU referendum that took place on 23 June 2016, The Independentsaid that its findings quash exaggerated statements made by the Vote Leave campaign – along with The Sun newspaper and anti-immigration group, Migration Watch – about UK immigration and its connection with the country's membership of the EU.

The data published by The Independentreveals that over the past 25 years, 76 percent of net migration by non-British citizens has in fact come from nationals of non-EU nations.

According to The Independent, an EU exit will not bring levels of net migration down to the tens of thousands - where 'net migration' is the number of people immigrating to the UK minus those emigrating from it.

Data recorded by the Office for National Statistics (ONS), dating back to 1975 when the UK had just joined the EU, shows a minimal amount of immigration to the UK from the EU over the last 40 years.

Sanwar Ali, Editor of workpermit.com News has the following to say:

Britain decided to leave the EU on 23 June 2016. The Brexit Campaign claimed that this will result in less immigration the UK. As confirmed in the Independent report actually over about the last twenty-five years most immigration into the UK has been from non-EU Countries. To reduce net migration to the "tens of thousands" you will need to reduce immigration from outside the EU as well. Just leaving the EU will not affect net migration to the extent as claimed by the previous "Leave" campaign.

There have been suggestions that until Britain actually officially leaves the EU, which is likely to be some years from now, there may be a surge in immigration into the UK. People may wish to come in from other EU Countries before the law changes. Leaders of the Brexit campaign have said that EU citizens already in the UK should be given permanent residence; will this have the effect of encouraging EU citizens to remain in the UK?

There is some uncertainty about what will happen to the UK immigration system now that the UK has decided to leave the EU. The good news is that it seems that EU citizens already in the UK will be allowed to stay. Similarly, British citizens living in other EU Countries will it seems also be allowed to stay in those Countries.

How The Independent analysed the immigration data

Using the ONS data, The Independent was able to allocate specific 'host countries' to 2.1 million of the 5.2 million net migrants who have entered the UK since 1990, which the newspaper says is when immigration levels began to rise.

Additionally '10 per cent have arrived from Western European countries, largely from Germany, France and Italy, with the other 15 per cent or so coming from countries that joined the EU more recently, such as Poland, Lithuania and Romania.'

The International PassengerSurvey is used by the ONSto measure levels ofimmigration into the UK. The survey is run 365 days per year, every year. The survey questions people arriving and leaving Britain at the country's various airports, ferry terminals and the Channel Tunnel. The ONS then uses the information collected to estimate migration for the whole of Britain.

The Independent's analysis further reveals that migrants from Poland – which represents the fourth most popular host country since 1990 behind India, China and Pakistan – are arriving on UK shores far less than they did during the mid-2000s. Interestingly, there has been an increase in Polish migrants in the UK returning to their homeland.

The Independent's analysis of ONS data appears to show a high volume of immigrants arriving in the UK from India, China and Pakistan. In contrast to Eastern European countries, people from these non-EU nations are less likely to leave the UK in future.

In 2014, the most recent year for which data is available, net migration numbers from India reached double the number of migrants arriving from Poland; an average of 49,000 Indians have come to the UK every year for the past 10 years, with just 12,000 per year leaving.

Data for the USA also features in the analysis, with 19,000 immigrants arriving each year and 11,000 exiting.

Despite many UK immigration headlines honing in on Eastern European nations such as Poland, Lithuania and Romania over the past 10 years, ONS data shows that despite not featuring in the top ten host countries for immigrants in 2013 or 2014, Pakistan has in fact contributed more net migrants to the UK than Poland since 1990.

Pakistani nationals once they arrive in the UK tend not to leave. Most remain in the UK.

The Independent's analysis concludes by stating that: "Regardless of one's views about immigration into the UK, and ignoring any of its potential cultural, economic or psychological benefits, the numbers tell a clear story: Brexit will not bring net migration down into the 'tens of thousands'."

In order for Britain to bring net migration numbers down to the 'tens of thousands', a review of non-EU immigration would be needed. However, as many of those non-EU citizens are arriving from India and China, funding much of the UK's higher education sector and subsidising British students, this leaves the UK with a problem.

The Independentreports that without Chinese and Indian students, domestic tuition fees would have to increase substantially;88 per cent of Chinese immigrants in 2014 were aged 15-29, while 56 per cent of Indian immigrants were in the same age bracket.

The data suggests that exiting the EU would in fact not do much to reduce net migration numbers.