Major: Cameron may be able to renegotiate EU immigration rules 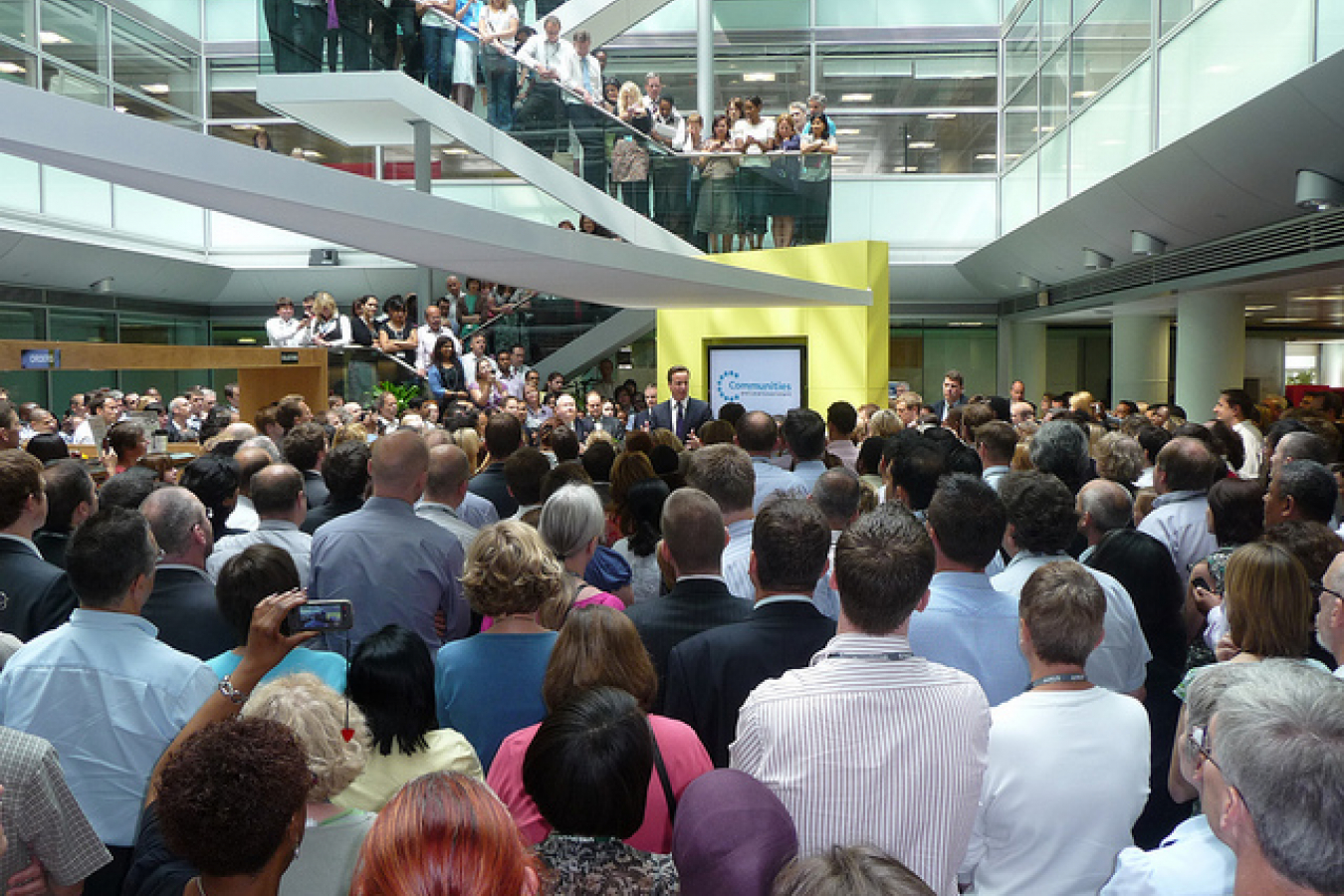 Photo by Department for Communities and Local Government on Flickr

The former UK prime minister Sir John Major has told the BBC that his successor David Cameron has a good chance of persuading other EU countries that reform of the EU's free movement of labour rules is necessary.

Sir John, who was the Conservative prime minister between 1992 and 1997, said that the success of anti-EU parties across the continent should persuade EU politicians that change is necessary.

Interviewed on the BBC Radio 4 breakfast programme Today on Friday 30th May, Sir John said 'Results in these elections have made a renegotiation much easier. It's apparent now to governments that reform of the EU is necessary.

EU 'isn't working as it should'

'It isn't working as it should. It isn't working as EU citizens think it should and I think that gives the government a great deal of power to Britain's determination to renegotiate because they will have allies now that in the 1990s we didn't have'.

Between 22nd and 25th May 2014, elections were held throughout the EU to elect the new European Parliament. In several countries, anti-EU parties received the most votes and took the most seats. In the UK, the UK Independence Party came first and took 24 of the UK's 73 seats.

In France the far-right Front National won the poll with 25% of the vote. In Denmark the anti-EU Danish People's Party won with 27% of the vote.

In Austria, Greece and Germany too, anti-EU parties made significant gains. The French prime minister Manuel Valls described the result as 'a very grave moment for France and for Europe'.

Sir John believes that this crisis is likely to make the European establishment reconsider their commitment to the 'core European ideal' of free movement of labour. This principle grants all EU citizens the right to live and work in other EU countries.

Mr Cameron has proposed limiting free movement before. Mr Cameron told journalists on 20th December 2013, at an EU leaders' summit in Brussels that EU countries must 'slow down access to each other's labour markets'.

Principle of free movement of labour

At the time, many senior European figures responded saying that the principle of free movement was sacrosanct.

Martin Schulz, the leader of the socialist bloc in the EU parliament told journalists in January, 'the principle of free movement has been one of the greatest successes the EU has. It is a fundamental principle and it's not up for negotiation'.

But the recent anti-EU protest votes throughout Europe may, Sir John believes, change minds in Brussels.

Free movement 'not up for negotiation'

Sir John conceded 'the principle of free movement has been one of the greatest successes the EU has. It is a fundamental principle and it's not up for negotiation'.

But he said that it was already clear that freedom of movement was not absolute in the EU and he said that a proposal to 'qualify the right to movement [further] would find an echo in many EU countries'.

Sir John said that other countries such as France, Spain, Greece and Portugal [he might also have mentioned Germany and the Netherlands] are having 'difficulties' caused by an inability to control migration.

Sir John said that Mr Cameron had been right to offer a referendum on EU membership for UK voters in 2017 but said that the Conservatives should campaign in favour of continuing EU membership even if he failed to negotiate any reductions in the rights to free movement. He said that it was 'in the self-interest of the UK to stay in'.

Comments (0)
The leader of the UK Independence Party, Nigel Farage made a speech in the European Parliament on 6th February 2013 saying that, if the UK cannot negotiate further restrictions on the movement of...

Comments (0)
The European Commission (EC) announced on Thursday 30th May 2013 that it intends to sue the UK government in the European Court of Justice over alleged discrimination against immigrants from the EU...

Comments (0)
In the recent European parliamentary elections, voters throughout the EU voted against the status quo. Large numbers of voters supported fringe parties with anti-establishment, anti-EU policies. Many...