Obama blasted for narrating US immigrant video for Democrats 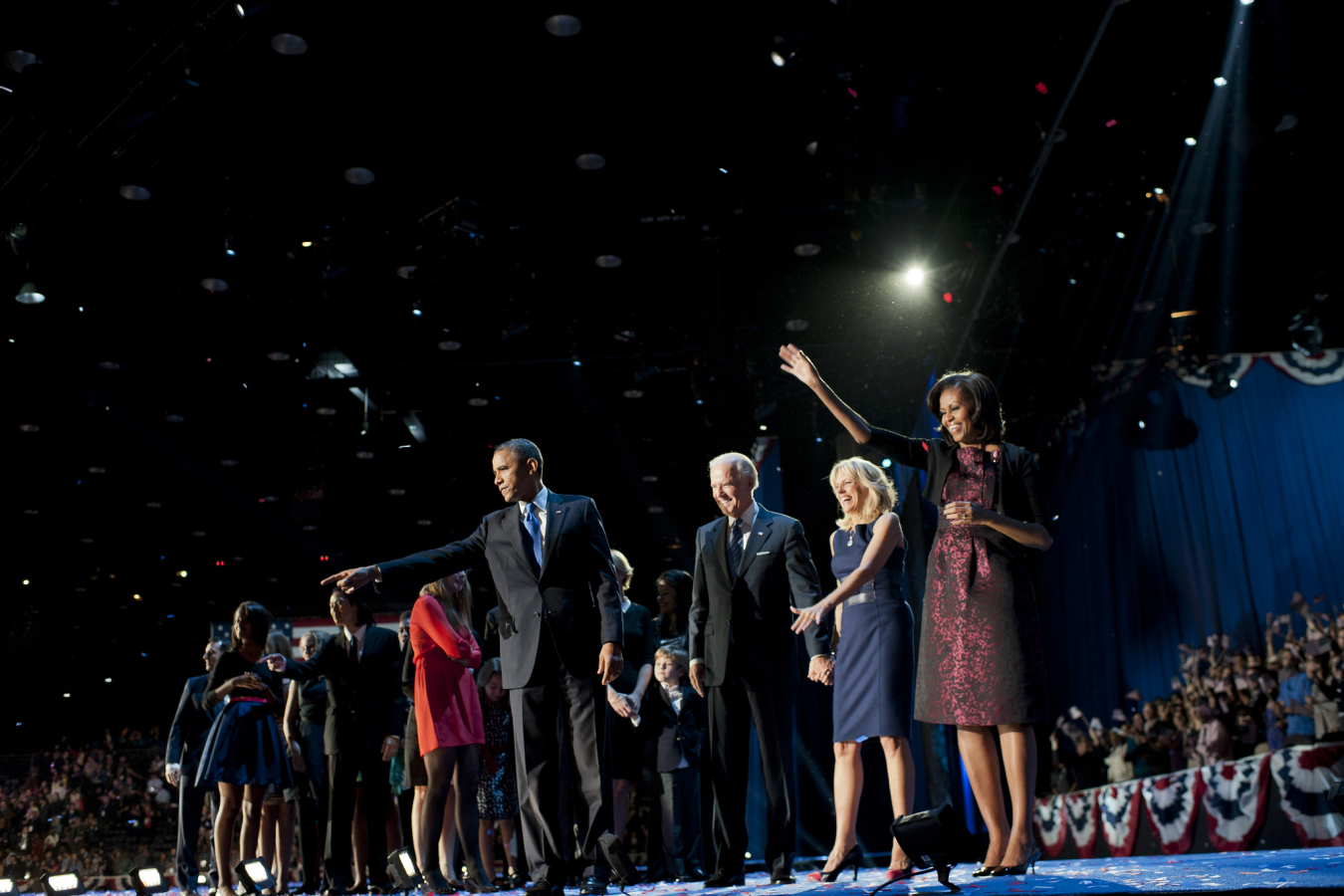 Scout Tufankjian for Obama for America

President Obama was probably the first mixed race American President or at least identifiably mixed race President.  Referred to by many as being “black” this is somewhat misleading.  His mother Ann Dunham was almost hundred percent white, apparently with a small amount of ancestry from an American black slave.  His father Barack Obama Sr was from Kenya, so making President Obama about "half black".  Obama can identify with immigrants to a great extent as his father was from Kenya.  Sadly, both of Barack Obama’s parents died in middle age.  Barack Obama Sr died in a car accident at the age of 46.  Ann Dunham died of cancer at the age of 52.

However, President “Deporter in Chief” Barack Obama is a somewhat controversial choice for a pro-immigrant video.  Under the Obama and Biden Democrat administration more immigrants were deported than under Trump.  Trump talks tough.   However, under the previous Obama “liberal” Democrat administration 1.18 million immigrants were deported in the first three years (apparently a total of about 3 million deportations over two terms as President).  Under the “right-wing” anti-immigrant Trump administration apparently there have been 800,000 deportations.

Former US President, Barack Obama, has been blasted by immigrant rights’ groups for narrating a video on US immigration that was played at the recent Democratic National Convention (DNC). In the video, Obama described immigration as ‘America’s origin story.’

Obama’s voiceover said: “After all, unless your family is Native American, all of our families come from someplace else.”

However, Obama’s involvement in the video has sparked criticism from some immigration activists. Immigrant rights advocate and author of “My (Underground) American Dream,” Julissa Natzely Arce Raya, tweeted: “I wish someone else had narrated the video.”

“Obama got a lot of things right, but not immigration, he didn't get that right. I promise you, there is an Estela whose mom was deported by Obama. We must face all the things we don't like. The uncomfortable truths. This is one of them. If we can face it, admit the harm, then, and only then, can we do better.”

Following the video, criticism of Obama’s US immigration policies quickly resurfaced, with many activists taking aim at more than three million people being deported ‘on his watch’.

In the run up to November’s presidential elections, immigration activists have protested at events staged by Joe Biden, Obama’s vice president and now the Democratic nominee for US President.

However, Obama did issue an executive order that introduced the Deferred Action for Childhood Arrivals (DACA) program, which enabled approximately 650,000 undocumented migrants – often referred to as ‘Dreamers’ – who were brought to the US prior to their 18th birthday to apply for a two-year reprieve from deportation, which can be renewed.

Biden recently conceded that the Obama administration took ‘far too long to get immigration right and it was a big mistake.’

Some people watching the Obama narrated video criticized it for ‘using immigrant pain’, without addressing the former President’s US immigration record.

One particularly emotional section of the video focused on 11-year-old Estela Juarez, whose mother was deported from the US under the Trump administration, despite her father voting for the current US President in 2016.

She said: “My dad thought you would protect military families, so he voted for you in 2016, Mr. President. He says he won’t vote for you again after what you did to our family. Instead of protecting us, you tore our world apart.”

However, the video still came in for criticism, with Latino Belén Sisa – who served as Bernie Sanders’ press secretary during his 2020 campaign – posting on Twitter: “Really not into the @DNC using immigrant pain like they didn’t have some complacency in locking us up and separating families four years ago before Trump took office.”

“Yes, I am angry because it was his administration who almost deported my mother and then Trump came to try to deport her again. I get it. This is politics, but I am a human. This hurts,” she added.

In a separate tweet, Andiola wrote: “Trump is a MONSTER on immigration, and he must be voted out.” However, she went on to add that neither Obama nor Biden are ‘champions for the undocumented community.’

She tweeted: “We are going to defeat Trump and remind Biden over and over again what that video said. We are going to fight for justice for our communities. We gotta fight hard. (No) one is going to hand it to us. Not Biden. Not the DNC.”

Comments (0)
Comments by Sanwar Ali : This is an important victory for those who wish to keep DACA. Trump seems to have become more and more unpopular and so he may very well not be re-elected in November 2020...