Photo by Chairman of the Joint Chiefs of Staff on Flickr

Many immigrants hoping to gain a green card are worried about claiming health care benefits and other benefits.  People are worried that if they claim such benefits they will no longer be eligible for a permanent immigrant visa, popularly known as a “Green Card”.  The changes are also likely to affect the economy.   More lower skilled immigrants may be refused immigrant visas so resulting in skills shortages.

The US Supreme Court has upheld a so-called ‘wealth test’ for green cards. The controversial ruling allows the Trump administration to deny green cards to immigrants who could potentially use public benefits, such as Medicaid, food stamps and housing vouchers. A 5 to 4 vote saw the court’s conservative justices in the majority.

The ruling means that the so-called public charge rule will be amended, making immigrants ineligible for permanent US legal status if they rely on public benefits. The Supreme Court did not give reasons for lifting preliminary injunctions that had blocked the program. It’s expected that challenges to the controversial program will continue in courts across the US.

The new public charge rule will come into effect on February 24, 2020.

The Trump administration announced changes to the so-called public charge rule in August 2019, which allows US immigration officials to reject US green card applications made by immigrants likely to need assistance from the state – even if it’s only occasional or minor.

In previous years, only immigrants receiving some kind of long-term, monetary assistance were affected, and even then, less than one percent of applicants were rejected on public charge grounds.

However, the Trump administration overhauled the rule and expanded the criteria to include non-cash benefits that provide for basic needs such as food and housing used in any 12 months within a 36-month period, with the use of two different benefits in a single month counted as two months, and so on.

Changes to the rule have been challenged in courts across the USA, with five trial judges entering injunctions blocking it. A number of appellate courts upheld some, but not all of the injunctions as appeals against the program were lodged. Meanwhile, the appeals lodged have been fast-tracked, according to a New York Times report.

It’s understood that the Supreme Court considered two cases brought in New York, one by groups that provide services to immigrants and the other by New York, Connecticut, Vermont and New York City.

The United States Court of Appeals for the Second Circuit, in Manhattan, rejected the Trump administration’s request for a stay of two nationwide injunctions issued by a trial judge, and it has scheduled arguments for the first week of March, 2020.

The US Supreme Court’s decision to uphold the green card public charge rule was praised by the acting deputy secretary for the Department of Homeland Security, Kenneth T. Cuccinelli.

Cuccinelli said: “It is very clear the US Supreme Court is fed up with these national injunctions by judges who are trying to impose their policy preferences instead of enforcing the law.”

The Department of Homeland Security’s acting deputy secretary pointed out that the Supreme Court has given licence for the Trump administration to ‘press on with other aspects of its US immigration policy.’

In September 2019, the Supreme Court allowed the Trump administration to ban the majority of Central American migrants from claiming asylum in the US. Meanwhile, in July of the same year, the court sanctioned the use of $2.5 billion in Pentagon funds for Trump’s anti-immigrant border wall.

Back in July 2018, the court approved Trump’s call to ban citizens from several Muslim-majority countries from traveling to the US.

Ghita Schwarz, a lawyer with the Center for Constitutional Rights, which represents groups challenging the new program, said in a statement that “the court’s decision to lift the injunction is very disappointing, but our challenge to the draconian public charge rule is still moving forward.”

“The rule’s vast expansion of ‘public charge’ — to include employed individuals who receive any amount of certain means-tested benefits for even brief periods of time — is a stark departure from a more-than-century-long consensus that has limited the term to individuals who are primarily dependent on the government for long-term subsistence,” Underwood added.

Meanwhile, lawyers representing the private groups opposing the new public charge policy, claim that the rule will cause ‘hundreds of thousands of individuals and households, in many cases non-citizens not even subject to public charge scrutiny, to forego public benefits for which they are eligible, out of fear and confusion about the consequences for their US immigration status of accepting such benefits.’

“We could see increased malnutrition among pregnant or breastfeeding women, infants, or children and increased prevalence of communicable diseases, increased poverty and housing instability as a result of this cruel rule,” lawyers said.

Professor of health and policy at George Washington University, Sara Rosenbaum, claims that the controversial new rule has already had a ‘measurable effect’ on Medicaid enrolment. Rosenbaum reported evidence of people ‘disappearing off the rolls.’

If you would like to apply for a US work visa – including L1 visas, E1 and E2 visas, B1 in lieu of H1B visas and H1B visas - WorkPermit.com can help. We have in-house US qualified lawyers.

WorkPermit.com is a specialist legal services firm with more than 30 years of experience dealing with visa applications. We can help with a wide range of visa applications to your country of choice. Please feel free to contact us for further details. 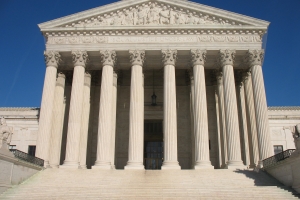 Comments (0)
Comments by Sanwar Ali : Many people assume that the US President is "all powerful". This is not really true. There are a number of restrictions on the power of the US President. Both Trump and Obama...

Comments (0)
Sanwar Ali comment: Trump and Kenneth T. Cuccinelli II, the acting director of U.S. Citizenship and Immigration Services have been working hard to think of ways to make like difficult for both... 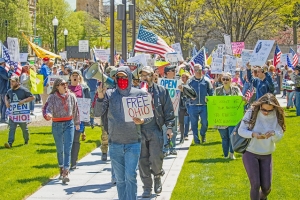 Comments (0)
Sanwar Ali comment: Governments around the World both left-wing and right-wing have to a great extent pursued similar policies. There has been action on an international and national scale to deal...