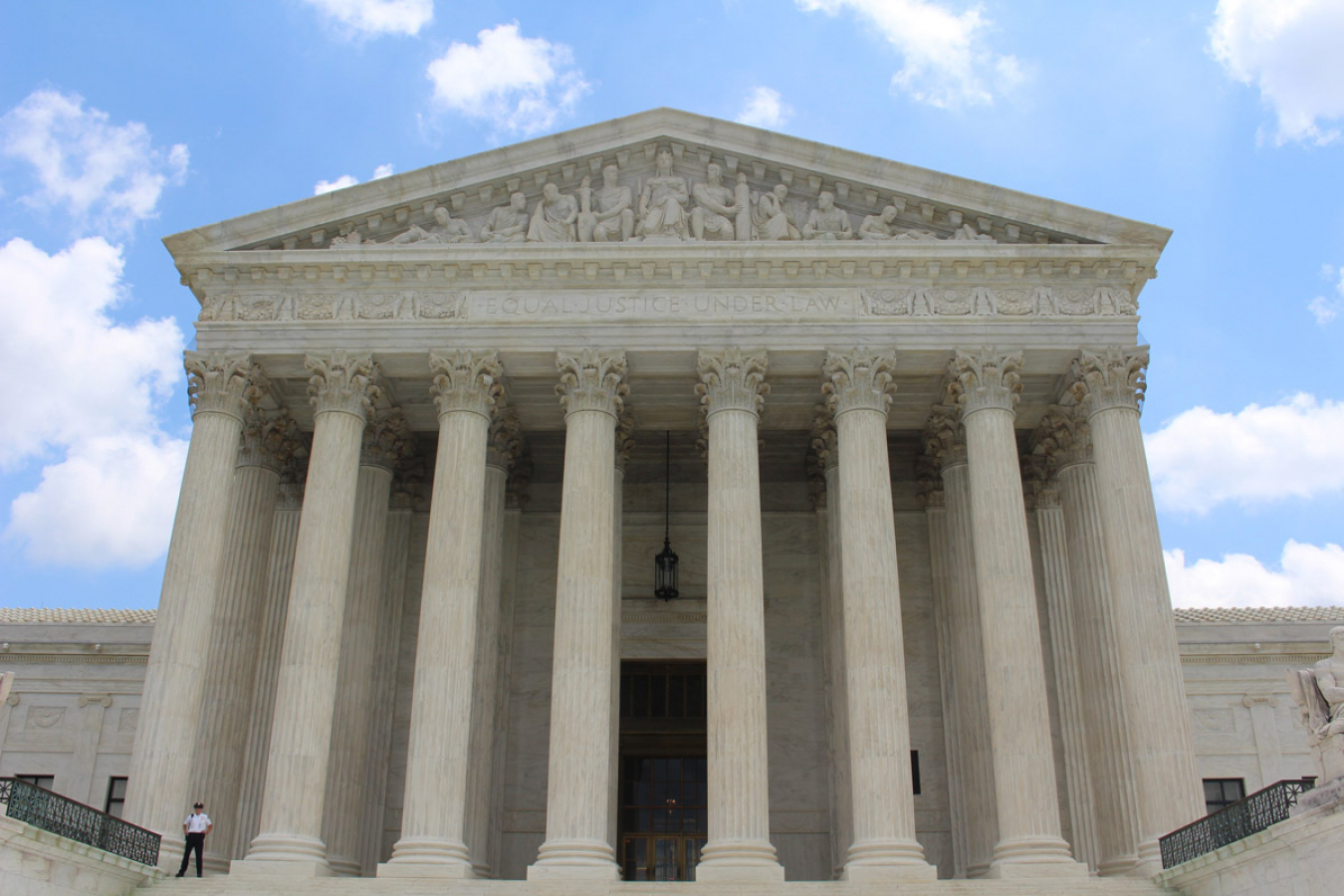 A controversial Trump-era US immigration policy is set to be reviewed by the Supreme Court. The public charge rule blocks immigrants from securing legal permanent residency in the United States if they are likely to rely on state benefits such as food stamps. The rule was brought back into effect in November 2020 having been blocked by a Chicago judge.

The Trump administration expanded the definition of who could be considered a ‘public charge’, which greatly increased the number of immigrants who would be denied permanent residency in the US.

Trump’s tough US visa and immigration rules were a hallmark of his time in office. The key issue concerning the public charge rule, stated in litigation filed in federal courts in Illinois and New York, is which immigrants are eligible for legal permanent residency – known as a US green card.

US immigration law has long permitted officials to deny people permanent residency if they are deemed ‘likely to become a public charge.’

Guidelines that have existed for 20 years state that: “Immigrants likely to become primarily dependent on direct cash assistance or long-term institutionalization, in a nursing home for example, at public expense will be blocked from obtaining permanent residency.”

Under Trump, the public charge rule was expanded to include a wider range of public benefits accessed for a period of 12 months over any 36-month period, such as the Medicaid healthcare program, housing and food support.

The rule has been repeatedly blocked in recent years. In 2019, a federal judge blocked the rule for ‘likely violations of federal law’. In August 2020, the New York-based 2nd US Circuit Court of Appeals upheld the 2019 decision.

The same justices did not act in a separate dispute over the public charge rule, in which Cook County, Illinois, and an advocacy group sued in federal court in that state, and the Chicago-based 7th US Circuit Court of Appeals upheld an injunction as well in June 2020.

Judge at the time, Amy Coney Barrett – who is now a justice on the Supreme Court having been appointed by Trump prior to him leaving the White House – dissented from the 7th Circuit’s decision, finding that the government’s rule was a ‘reasonable interpretation of the public charge law.’

Despite the rule repeatedly being invalidated, with Courts in Chicago, New York and San Francisco ruling it to be unlawful, it remains in effect pending the final outcome of the cases, according to the Immigrant Legal Resource Center.

However, it’s unlikely that a review of the public charge rule will take place before the fall and could be affected by Biden’s orders to reconsider the policy.

US Immigration Public Charge Rule Back in Effect

Comments (0)
Despite recently being blocked by a Chicago federal judge, Trump’s controversial US immigration public charge rule is back in effect. The controversial rule has been relaunched as the US appeals...

Comments (0)
The US Court of Appeals for the Ninth Circuit recently ruled that Trump can ban immigrants from US entry if they don’t have approved health insurance. Judge Daniel Collins, appointed by the outgoing...